8th July, 1949
My dear Sardarji,
I spoke to you about Cooch Behar when i was in Dehra doon. I have just received the weekly report of the Director, intelligence Bureau (Minister of Home Affairs) dated Wednesday, 29th June, 1949.At page 180 the following comment is made on Cooch Behar.
“The Muslim dominated Hitasadhini Sabha of Cooch Behar merged to capture almost all seats in the recent legislative elections in the state. This is reported to have further strengthened the Muslim position, and the Muslims are now reported to have started instigating the local people against the domiciled Bengalis. Muslims from east Pakistan are being invited into the state for cultivation on lavish promises, while non Muslim refugees are not being allowed to own any land in the state.”
This is the information which i conveyed to you during our talks at Dehra Doon. I also received very disturbing reports about the way in which the Muslims are being strengthened in Cooch Behar.
The question of integrating Cooch Behar with West Bengal should be taken up at an early date. For hundreds of years this was part of Bengal. Other states which never formed parts of particular provinces have been merged with them. 90 percent of the people of Cooch Behar are Bengalees. There may be some vested interests which are trying to manipulate things so that Cooch Behar might side either with east Pakistan or join with Assam. This is a matter which has to be boldly and quickly decided. The territory of West Bengal has shrunk to about one third of the previous size of undivided Bengal. Two states namely Cooch Behar and Tripura which from time immemorial were closely associated with Bengal are now outside West Bengal. Unless were sympathetically deal with the question of size of West Bengal, we will not be able to satisfy public opinion. I know you are considering all these matters with great care and i hope you will be able to come to some early decision on this point.
Yours sincerly,
Sd/-
(Shyama Prasad)

Like Dr. Bidhan Chandra Roy, Dr. Mukherjee also played the game to include Cooch Behar in West Bengal any how. They were in opposite direction from political point of view but brotherhood and sympathy for merely 6% of fellow sisters and brothers of Cooch Behar was prevalent for both of them.
When question came regarding inclusion of Cooch Behar, then Hitasadhini of local people became agent of east Pakistan. And 90% of residents of Cooch Behar became bengali. How funny. Its a big question that who had vested interest on Cooch Behar and for what purpose.
Frankly speaking, during 1948-49, 5-6% people were bengali and 90-95% were aboriginals (mostly Koch Rajbanshi), out of 90-95% around 20-25% were Muslim (mostly aboriginals hindu converted Muslim over a period).
Viewers you can get a brief idea about demography of Cooch Behar from screenshot pages of Book: The Cooch Behar State and its Land Revenue Settlements, 1903, compiled by Harendra Narayan Chaudhuri, B.I., Settlement Naib Ahilkar, Cooch Behar) given below. If you
Dr. Mukherjee received the disturbing report of Cooch Behar. Now question is who had given that report? No doubt his fellow bureaucracy fellow brothers!
“The question of integrating Cooch Behar with West Bengal should be taken up at an early date” –Why Dr. Mukherjee was not interest to include Cooch Behar with Assam whereas Assam or Guwahati was geographically more favourable and Assam was not part of east Pakistan. He might thought of centrally governed Cooch Behar state. But he did not.
Over a period of several movements happened here at Terai and Dooars area such as Utjas movement, KPP movement, GCPA movement but each time Bengali oriented West Bengal Government bulldozed over it, bulldozed over the local people. Bengali/Kolkata oriented government labelled as separatist or popularly called “bicchinotabadi”. But they never thought why people were doing movements. Each time, one interesting fact that, so called bengalis of Cooch Behar or northern part were not involved in those movements. what does it mean? {politically, socially, economically culturally and linguistically}. It means they are happy or they are only blessed with West Bengal government?,  Kamta or Greater Cooch Behar was never part of Bengal linguistically, socially, culturally as well as historically so there was no question of separation. Its a movement against deprivation which leads to separation what people thought the best solution. Presently GCPA (Greater Coochbehar People’s Association) is keeping eye on separate Cooch Behar state and hoping that central government will do something for aboriginal people and place against deprivation from Kolkata oriented West Bengal Government since merger of Cooch Behar with West Bengal. But Dr. Shyama Prasad Mukherjee is an icon of BJP lead central government. How they can take action against Dr. Shyama Prasad’s willing.
Actually both Dr. Roy and Dr. Mukherjee’s intention was to make Cooch Behar a dumping ground state of refugees from east Pakistan and change the demography of Cooch Behar with its bengali fellow brothers and sisters. Automatically aboriginal land holding people became minor.
Kolkata oriented bengal government did two times land reform here since independence. Now you can imagine what will be the economic condition of middle class farmers whose one and only source of income was agriculture. If i sudden take half portion of any shop/establishment of a shop keeper will he be happy??
Bengal Government never highlighted history and geography of Northern part of Bengal in text book of class V to class XII. Why? They might think that it would be suicidal for them or they did not think that human beings are living there. Overall it was unfair with Aboriginals. Hope for the best.

Viewers, One simple question – in both pages of above book , did you find any bengali catagory of population that have mentioned? clearly mentioned that they are foreigners. Natives are called Cooch Behari or historically Kamtapuri. 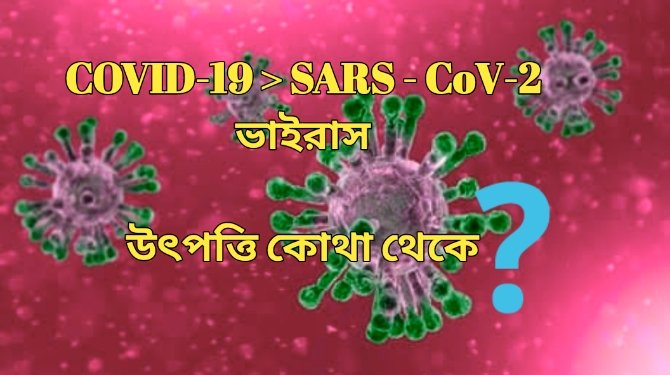 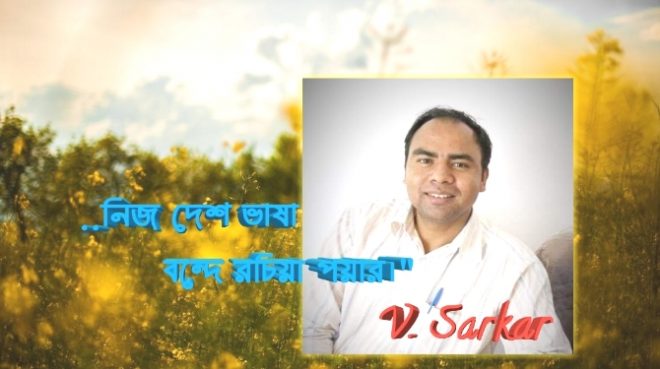 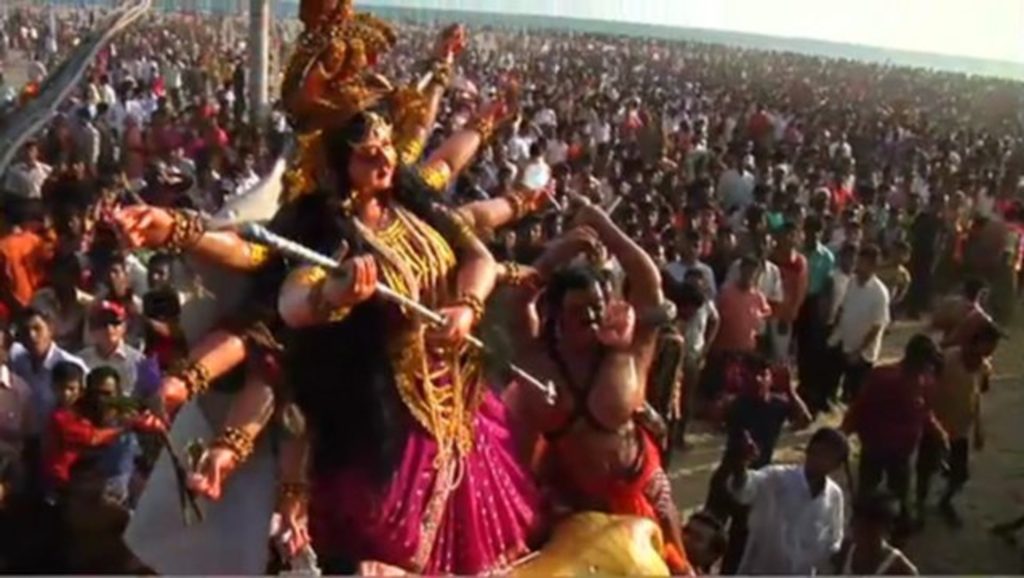