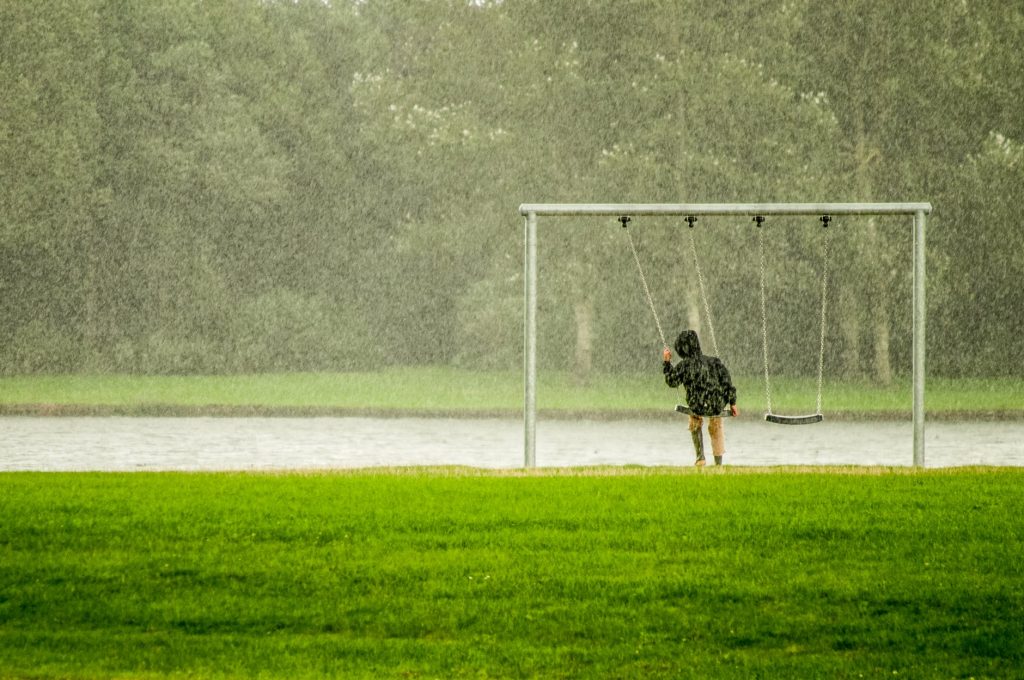 Perhaps, the best example of this effect is the Indian Monsoon. When the monsoon winds laden with moisture strike with full fury on the Western Ghats, they are split into two parts by the Western Ghats mountain range. One branch moves upwards from Kerala towards Mumbai and continues its journey up to Surat before losing its force.

The second branch meets the Bay of Bengal branch neat west Bengal and since there are mountains to the north and east of this area, the monsoon wind is forced to move northwestwards from Calcutta towards Amritsar; before entering into Pakistan at Lahore. On entering Pakistan it exerts its full force on the outer Himalayas near Murree and since it cannot go any further so the area at the foot hills like Islamabad receive heavy rainfall due to their proximity to the hills.

Similarly the Muzaffarabad in the Kashmir area, backed by high mountains, takes advantage of the mountain effect and here also, copious rainfall occurs. Rawalakot has a similar effect but the best example in the world is an area in India which we describe shortly.

Cherrapunji, a station located about 4500 ft. high up the Khassi hills, is so well placed that both the Indian ocean Branch and the Bay of Bengal branch of monsoon meet with full force at this place. Secondly due to the particular position of its surrounding hills, this enhanced monsoon wind cannot escape and gives exceptionally heavy rainfall at this station. Sometimes, as much as 40 inches can fall at Cherrapunji in a single day.

The second most dramatic effect can be seen at Mahabaleshwar, a station located at about the same height above sea level as Cherrapunji and overlooking the Mumbai coast. Here also the high hills of Western Ghats behind this station force the monsoon winds to rise, cool and the resulting condensation produces thick clouds with exceptionally heavy rainfall.

Leaving aside India, the same mountain effect can also be found in Myanmar and in Bangladesh where Chittagong, backed by the high Arakanese Range,receives more rainfall than any other place in Bangladesh.

In short, mountains in South Asia enhance the monsoon rainfall activity considerably and the places close to high hills get exceptionally heavy rainfall.