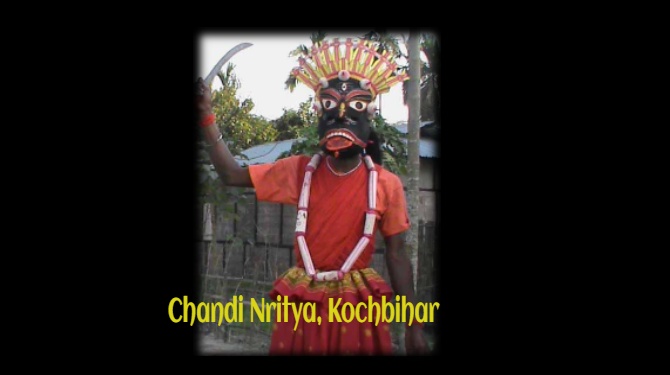 India is a country with diversity in all forms. Like diversity in religions, traditions, languages, costumes, and food choices, the country also boasts of a huge diversity in classical and folk dances. Every dance form is unique to a specific state or religion and is different with respect to its structure, style, and form that encompass uniqueness in costumes, pattern of dancing, and make-up.

Folk dances are actually traditional dances of different state that reflects the traditional beliefs, values, principles, and lifestyle of respective religion. Like for example, Bihu is the folk dance of Assam and is a clear reflection of the cultural beliefs of Assamese. Chandi Nritya, the famous and age old heritage of Northeast India especially Coochbehar or Kamta region (earlier Coochbehar state). These dances are mainly performed during rituals and religious ceremonies of a particular community. Most of these are dedicated to worshipping specific God of the specific community. Every community enjoys specific dances belonging to their religion with colorful costumes and traditional jewelries. One thing that is common in all forms is the peace of mind and joy it delivers.

Some of the most popular folk dances of India are from Rajasthan, Punjab, Gujarat, and Maharashtra.

Rajasthan is a hometown of dances like kalbelia dance, chari dance, fire dance, and ghoomar dance. Kalbelia dance is dedicated to the kalbelia community whose main occupation in the history was catching snakes and trading snake venom. Chari dance is a form in which dancers carry a lit brass pot on their heads and showcase a perfect union of patience, balance, and flexibility. Fire dance is related to the Banjara community and is worth appreciation. The dancers use flame sticks, kerosene oil, and flame rods while dancing. Ghoomar dance belongs to the Rajput community where women dance gracefully to convey the spirit of any holy or religious ceremony.

Punjab is also a hometown of known folk dances. The most popular among them are bhangra and gidda. Bhangra is performed mainly by men during the Baisakhi festival. On the other hand, gidda is a counterpart of bhangra as it is performed by Punjabi women. Both the dance forms are colorful and joyful. People enjoy the beats, rhythm, and even costume of these dances from the state of Punjab.

Garba and dandiya are major folk dances of Gujarat. Garba is a graceful dance that is formerly associated with the legend of Lord Krishna. In the present era it is one of the most popular dance forms across the country that is mainly performed during the nine days of Navratri to please goddess Durga. Dandiya is also energetic and colorful like garba but is played with dandiya sticks.

In the state of Maharashtra lavani dance and dindi dance are very popular. Lavani is a musical form that is dedicated to the celebration of coming of spring season mainly in the Thanjavur district. Dindi is the religious dance form of the state and is mainly performed on the eleventh day of the kartik month.

Apart from these there are many other folk dances across the country. To name few more there is dhamal, gair, gatka, karagam, laathi nauch, kikli, kavadi, saami, sakhi nata, terehtali, mathuri, and luddi. All these forms are amazingly beautiful and are filled with elation, joy, and spirituality.