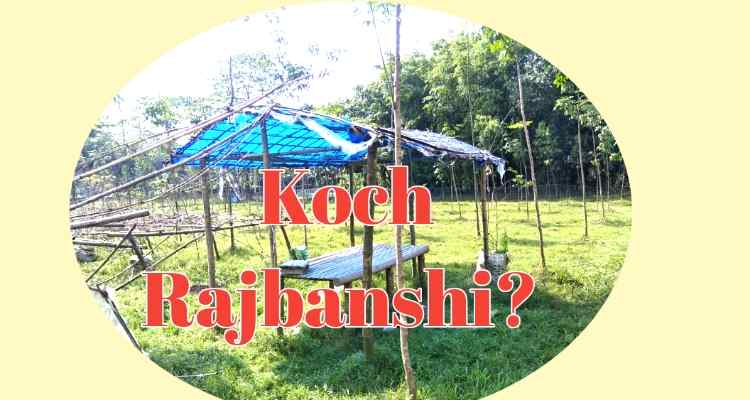 Which caste is Rajbanshi?

The Rajbanshi is also called Koch Rajbanshi or Koch Rajbongshi. They have rich social and cultural heritage. The abode of Koch Rajbanshi is Kamatapur or Kamtapur. Their language is Kamtapuri language. The other name of Kamtapuri language is Rajbanshi or Rangpuri (present day Bangladesh) or Goalparia (district of Assam). The present day North Bengal, Rangpur and Goalpara of Assam all these areas were included in historical Kamatapur kingdom or Kamatapur state. Koch Rajbanshis are also present in Jhapa, Biratnagar, Kochila district of Nepal.  5th April, 1773 free Coochbehar state (Core area of vast Kamatapur state) undergone British rule with a treaty and became a princely state. In 1947, during freedom of India Coochbehar merged with Indian dominion and in 1950 Coochbehar state had been converted to district of West Bengal. (See and search letters of Merger Agreement)

The word Rajbanshi included into census report in 1891. Before that the word Koch was prevalent as per Persian record or British record and census report done by British. Kshatriya movement divided the caste by name of same people more or less. Koch and Rajbanshi are same people by origin. Few people may be from other origin that included into Rajbanshi. In West Bengal both Koch and Rajbanshi is SC category. In Assam they are OBC category by single name Kochrajbanshi. In Bihar both Koch and Rajbanshi is OBC separately. In Meghalaya people are ST as Koch. But the language of Meghalaya Koch is totally different from language of Assam Kochrajbanshi, North Bengal Koch & Rajbanshi and Bihar Koch & Rajbanshi.

Are Koch and Koch Rajbongshi same?

Koch and Rajbanshi is same and origin is Koch, modern name is rajbanshi. So Kochrajbanshi is best terminology for these people. Because so many Tior Rajbanshi, Kaibarta Rajbanshi, Poundra Rajbanshi entered into Rajbanshi list but their language and culture is not similar with Kochrajbanshi of historical Kamatapur area at large.

As per Census of India V-5 , 1911 by O, Malley LSS So many hindu castes converted or enlisted their caste into kshatriya or bratya kshatriya or bhanga kshatriya. Some names are given –

In Akbarnama, page 1068 – One line we should note: “The ruler of Kuch did not pay his respect to the Hakim (Bengal Governor) and Sulaiman Karnani proceeded to make war upon him, and returned after failure”. So we can say that kuch or koch is old and original term.

Number of Koches  by caste name declined as they changed name to Rajbanshi.

“Koch, Koch-mandai, Rajbanshi, Paliya, Deshi, a large Dravidian tribe of North Eeastern and Eastern Bengal among whom there are grounds for suspecting some admixture of some Mongolian blood.”

“The transformation of Koch into the Rajbanshi, the name by which they are now known in Rangpur, Jalpaiguri and Kuch Behar is a singular illustration of the influence exercised by fiction in the making of caste”

Ralph Fitch 1586, Page:112- mentioned that “ I went from Bengala to country of Couche (means Koch or Kuch)”

Statistical Account Of Bengal -Vol:10 – W. W. Hunter 1876, Page 346-47 also mentioned the term “Koch or Rajbanshi” – It means koch and rajbanshi are same or about to same except some sporadic inclusion or exclusion.

Who was the founder of the Koch kingdom?

What are surname of Koch Rajbanshi?

There are so many surnames of Koch Rajbanshi people. Ray, Roy, Barman, Barma are common surname. The other surnames are –

Surnames are given by Kamta court mainly on the basis of profession, marital relation with king’s family. (See details in Bengali)