Earlier Coochbehar was an independent state governed by koch kings. During Maharaja Naranarayan’s regime the name of this state was Kamatapur. King Biswa Singha or Viswa Singha (1510 AD) was the founder of Koch kingdom and king Niladhwaj was founder of Kamatapur state which was a part of greater Kamrup. In 1498 AD Bakhtiyar Khilji demolished Kamatapur fort situated at present Gosanimari of Dinhata subdivision. During the tenure of Naranarayana and Chilaray the area of Kamatapur was upto Assam at east, Nepal Border (near to Jhapa, Morang) at west, Ghoraghat (near Bogura, Bangladesh) at south and Bhutan border at north. Tripura, Chattogram, Sylhet, Kachar, Shilong, Manipur was also included in Kamata state for some times.

So present day Coochbehar or Kochbihar is smallest area of greater Kamatapur state. Most of people here in Coochbehar is Rajbanshi (or Rajbongshi) or Koch Rajbanshi. So many people from other parts of India came to this area from Viswa Singha’s era to last king Maharaja Jagaddipendra  Narayan’s time. Brahmins or priests came from Mithila, Benaras, Krisnanagar etc. Rajput army personnels who came during Moghuls or Afgun period, some of them stayed here. Besides these other profession’s people such as kamar, Napit, Dhopa etc. people also came to Coochbehar in different time frames.  There is a notable diversity in surnames of rajbanshi or koch rajbanshi people.  The most available surnames of rajbanshi people are Roy, Ray, Barman and Barma. These four surnames are common everywhere from lower Assam (Dhubri, Goalpara, Bongaigaon, Kokrajhar) to Dinajpur districts of North Bengal.

The other surnames which are found are basically from profession point of view and relation point of view. I have elaborated all surnames (mostly) generally observed for koch rajbanshi caste people in lower Assam, Coochbehar, Jalpaiguri, Alipurduar, Darjeeling, Uttar Dinajpur, Dakhshin Dinajpur and Malda districts.

When the daughter of a Jaminder / Jotdar family or common people family went to the king’s house as his wife, the girl’s father was known as Karjee.

When the son of the Koch Rajbangshi society marries the daughter of the kings, father of groom gets Ishore surname.

Najir was subordinate of Dewan. He used to collect tax for good governance, looked after functioning of courts and various departments. Najirs used to get land from king. They had quarter inside premise of palace. When any rajgon (close relative of kings family) hold umbrella during coronation of king, he became Chatranajir. Kahgendra Narayan (rajgon), Bhubaneshwar Mishra was Najir of Coochbehar. Najir may received Jaigir (area of so many villages). There was no Najir during Maharaja Pran Narayan’s tenure.

Head of administration was Dewan either for tax collection or in charge of various aspects of land revenue. It was basically a title. During Naranarayan’s period “Karjee Dewan” also there, they basically looked after various projects of state. “Dewan” who was responsible for affairs of capital called “Bhitor Dewan”.  Kayastha Dewan also present who executed the orders of main Dewan.

Barua ruled large tract of land under king. They used to collect tax and keep tenants. They were also responsible for rule of Maharaja. Laljee or Prabhat Chandra Barua was a famous name.

Bakshis are representative of religious affair of king. They are generally “Deb” as surname, later it became Deb Bakshi as surname. They are relatives of famous Vaishnab Guru Shrimanta Shankardeb. They came to capital of Coochbehar during Maharaja Nara Narayan’s period. Bakshi play major and important role in various religious works. They pull rope of Madanmohan chariot first and put first abir (Holi abir) on idol of Madanmohan during Dol Soari (Dol Yatra). Lalit Bakshi, Rati Deb Bakshi are some personalities. The earlier name of Sunity Academy Girls school was in the name of Rati Deb Bakshi Girls School.

Mandals are basically Samanta or jaminder. The father of Biswa Singha was Haridas Mandal. Aryabar Mandar was the ancestor of the Bardhankot dynasty of Rangpur. Yogen Mandal of Tufanganj and Umesh Chandra Mandal of Dinhata are well known personality.

Singha surnames were basically army soldiers. Rajbongshi people with Singha surname are numerous in Dinajpur, Darjeeling, Dhupguri, Cooch Behar and in Tezpur of Assam. Former MP Purna Narayan Singha from Tezpur is a famous personality of this Singha family.

Samanta took land from king and rule some area. They collect tax from subjects. The powerful Samantas are  called Maha Samnta, they were more powerful with responsibility.

Mustafis used to keep accounts of various state departments. They may be called chief clerk of various departments. Mustafi was in charge of the revenue department. Basically they are Mukherjee Brahmins. Sachinanda and Gaurinandan of Gobarchhara (Dinhata subdivision) are notable names.

Bhuiyan enjoyed the right of land. In exchange for land right, they helped king in guarding the frontiers. Hariya Mandal, the father of Maharaja Bishwa Singha, defeated Bhuiyan and established the Koch Kamata kingdom.

The king’s courtiers were called Patra. They also had a role in defence system of state. Rajendra Patra was a well known name who helped Vir Chilaray during conquer of Kachar.

Kandali Brahmins came to Kamrup Kamata from south. Their descendants adopted the title “Kandali”. Ananta Kandali who was the first worshipper of Madanmohan at Madanmohan temple founded by king Nara Narayana.

Medhi is a branch of rajbanshi adhikari community. Their place is after Brahmin. Adhikaris bestow offerings to the household deity. Medhis helped Brahmins during Yagna at Raj palace. Hiten Medhi, Kshirod Medhi were well known name of Medhi community.

Majumders are basically accountant. Rupchandra Majumder was promoted to Mustafi during the reign of king Modnarayan.

During the reign of Maharaja Mahi Narayan, the Khashnish surname found. Khashnish was one of the officers of administration. He was land revenue officer, collected rent from the tenants and deducted the commission and deposited it in the treasury.

Those who provided for the worship of the priests were called Deuri. The Deuris were usually members of the Rajbangsha (Rajgon). They also got Jaigir.

Basunia was collaborator of various developmental works of the king. Those who were active and loyal, king gave them Basunia title. Surendranath Roy Basunia was famous personality in Bhawaiya Sangeet. Hemanta Basunia was former judge in Coochbehar.

Those who gave flowers and garlands to worship in the temple were called Halua. They decorate the statues with garlands and flowers.

Baria cleaned dishes, shrines of temple. They are staff of Debottar Trust Board.

Hisabia kept accounts of the treasury in different departments. He was one type of accountant as per present condition. Rohini Hisabia and Prabhat Hisabia are well known name.

He used to help in maintaining peace. In Coochbehar state Shikders were responsible for keeping peace like other states or Nawabi rules.

Habildars were called Jamdaria. They were basically jamadar of police department.

Nayeb looked after the Jamindari, collected tax and maintained accounts.

Those who fanned the king or high ranking officials in the palace are called Pakhadhora. Pakhadhora people also found even after independence.

Boknadhora carried small burden of goods during travelling of king and high ranking officials. People with this title can still be seen in Thaneshwar, Gopalpur area.

Chaudharis are tax collector. They wanted to become zamindars by following the Nazirs and Dewans but failed. So they used to collect taxes only with the title of Chowdhury or Chaudhari

Dalai were associated with the service or work of kings and king’s family. Suresh Dalai is a well-known personality.

Gabuas are painter. They used to paint in the palace or in the city. That is why their name is Gabua. Gabua families are still present in Nagurhat Shalbari area of ​​Tufanganj subdivision.

Those who caught “Khara” (sacrificing tool) at the time of sacrifice of animals are called Kharadhora.

Jhari means jars of water. Jharidhora people held jars of water and given to kings and king’s family members.

Pramanik is said to be the one who organized the various ceremonies of the kings with proper plans. Pramanikas belong to the Rajbansi community. Sidhir Pramanik, Suresh Pramanik, Biren Pramanik are some well known person.

Manta, Monto and Mohanta, the word “Manta” comes in these three ways. This is a title. The principal of a temple was called Mohanta. The people with this surname are associated with religious works. Some people say that Mantas chased dogs in the courtyard of the palace during meal of king’s family members.

Layek were the head incharge of any work of the kingdom. Some law enforcement workers work under them.

Those who carried umbrellas on the king’s head during their daily activities were called Tekarshalia.

Koch Rajbanshi people with Sarkar surnames were basically working class in Government land revenue department. They were also teacher or tutor of children of Jotdar and jamindar families.

Das surnames generally came during preaching of Vaishnavism by Saint Srimanta Shankar Deb and Madhab Deb. They are multi professional. 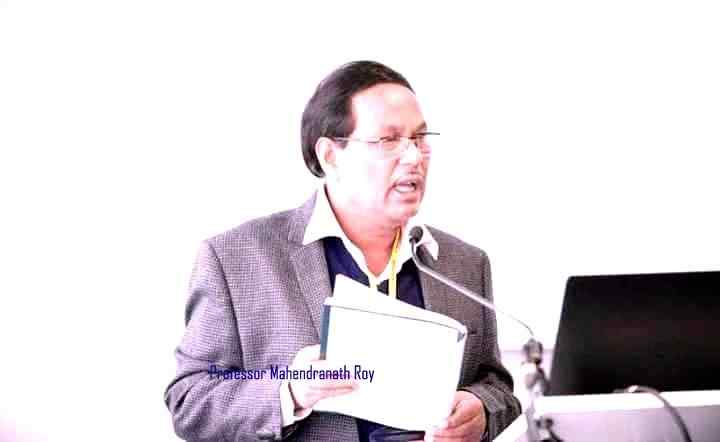 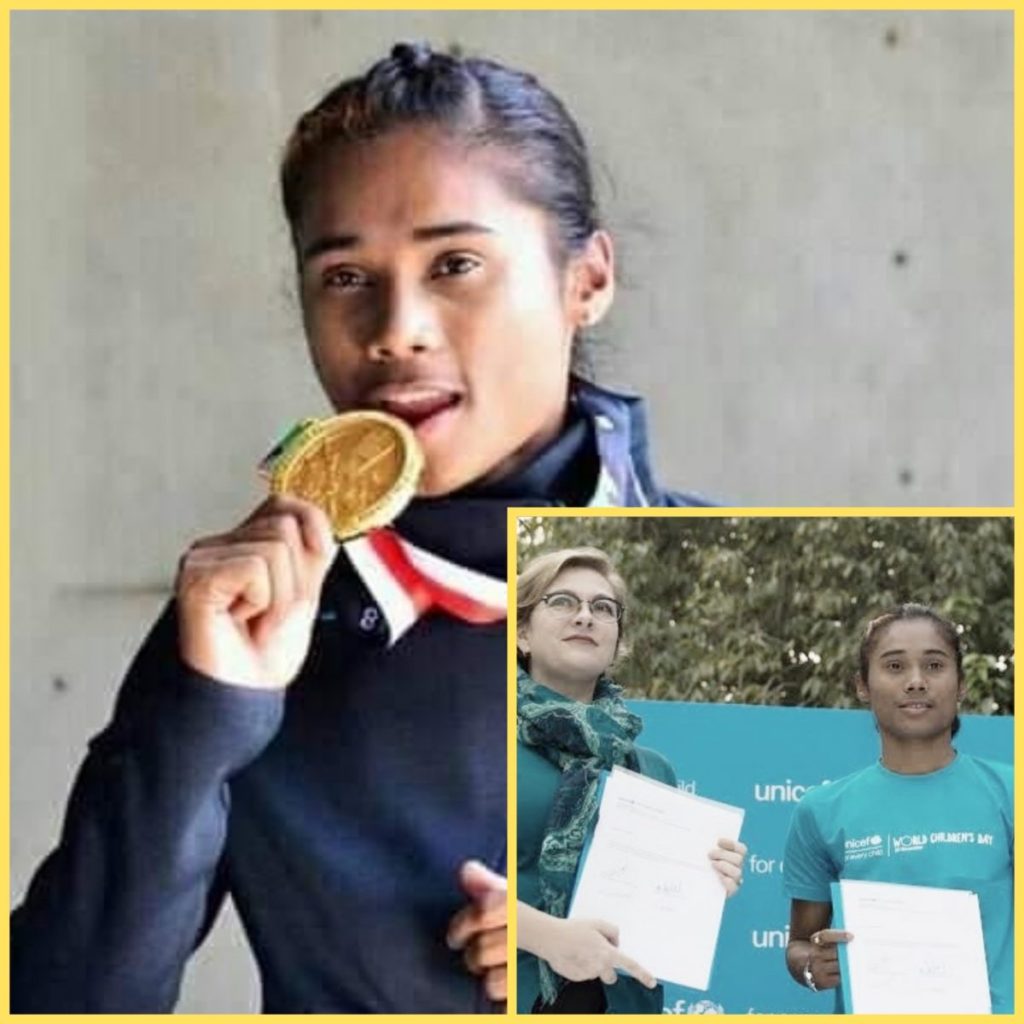 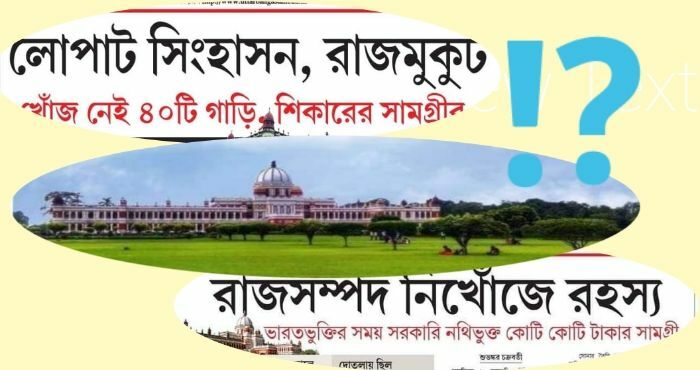 16 thoughts on “Surname of Koch Rajbanshi or Rajbongshi People.”