Acharya Brajendranath Seal was renowned character of nineteenth centrury renaissance. He was contemporary of Rabindranath Tagore, Swami Vivekananda and Scientist Sir Jagadish Ch. Bose. Dr. Brajendranath Seal was an individual of adaptable ability with versatile talent. He was a proficient individual in various subjects like math, science, philosophy, economics, history and social science. Acharya B. N. Seal was a savvy individual as well as his administrative capacity was additionally remarkable. He was in Coochbehar state for 16 long years.

“It was squally weather when I was born, and not long after Bengal was ravaged by what is known in her history as the great Asvine Jhad (‘September storm’). Though I have always reckoned myself as a man of peace, I was known as ‘ Jhado ‘ (the stormy one, the storm child, the storm bringer) when I came into the world”

His grandfather’s home was at Jaynagar, Haripal, Hooghly district. Mahendranath Seal, his father (Born: 1840 – Death: 1872), was an advocate of Calcutta high court. After death of his father at early age he alongside his senior sibling Rajendra Nath and two sisters got defenceless. Since their mother previously expired not many years prior of his father’s passing. At that point all kin took cover at his maternal uncle home.

After certain years his maternal uncle likewise expires, in such a condition their life turned out to be more agonizing and challenging. Be that as it may, because of beauty of God, senior sibling Rajendra Nath stopped his schooling and got a job. It was truly useful for Brojendra Nath to proceed with his study further.

Brojendra Nath was diligent from his youth days. After finish of schooling he took confirmation in Scottish Church College (Earlier General Assemblies Institution). He was so splendid in mathematic that educators, companions and neighbours used to know him particularly. In some cases educators likewise took ideas from Brojendra Nath with respect to some troublesome numerical issues. In 1978 he seated for entrance test from Scottish Church School and accomplished first class.

Subsequent to finishing M. A., Brojendra Nath joined as teacher in City college in 1884 and in same year he wedded Indumati whose father Jaygopal Raksit was a civil engineer of Nagaon region of Assam. Indumati Devi was sound in english literature. In 1900 she died at 28 years old years leaving four children and a little girl.

In 1885 during lecturership in City college Sir Brojendra Nath appointed as lecturer at Morris Memorial collge of Nagpur in english and philosophy subjects. Following two years in 1887 Acharya Brajendra Nath Seal joined as head in Krisnanath college of Behrampur.

In 1886 King Nripendra Narayan set up a school named “Victoria College” (prior name of A B N Seal College) in little royal state Coochbehar. It was the only college for modern education of North eastern territory around then. Mr. J. C. Godly was the principal of this school. In 1890 Mr. W. H. Wood designated as principal. 1n 1892 when Mr. Wood moved to Martinar College of Calcutta, Mr. C. F. De La Fosse designated as principal of Victoria College. Mr. C. F. De La Fosse was head of Victoria College till mid of 1896.

In 1896 (25th March) Acharya Brojendra Nath Seal, as an Indian scholar who knowledged with both eastern and western history appointed as principal of Victoria College. Maharaja Nripendranarayan designated him as compensation size of Rs. 500-50-700/ without pre consent of “State Council”, which was king’s sagacity. Acharya Brajendra Nath Seal was principal of Victoria college for long 16 years and numerous famous scholars passed during his tenure.

In 1903, Acharya Brojendranath Seal published a book namely “New Essays in analysis”, in which there was a profound conversation on Rabindradarshan and verse. The judgemental nature of Dr. Seal was truly considerable that no one can deny. Famous historian Dr. Binay Sarkar remarked about that book in his “Probasi Patrika”, he said that the manner of thinking considering the situation of present India is easily understandable if we go through every single story of that book.

At the time of his retirement a felicitation programme had been conducted from Coochbehar court (Rajdarbar). A letter of commendation (Prashasti Patra) had been given to him.

The words of commendation is –

“The invaluable service of Dr. Brajendra Nath Seal M.A. Ph.D whose retirement from the state service caused an irreparable loss to the Victoria College of which he was the Principal for sixteen years deserve appreciative notice and grateful recognition. He was appointed to the post in March 1896 and the departure made by His Highness the Late Maharaja Bhup Bahadur in his selection was amply justified by Dr. Seal’s distinguished academic attainments, intimate acquaintance with the working of the Calcutta University and extensive experience of the needs and conditions of lndian Education which immediately bore fruit in raising the status of the college.

The college had, however, be it years of strenuous endeavour under exceptional difficulties and trying circumstances due to successive crises of the Earthquake of 1897 which left it completely crippled in its resources, the imposition of a tuition fee in 1907-1908 and the severe strain of the New University Regulations requirements but it maintained its steady progress under the wise guidance and able supervision of its Principal who unspairingly devoted himself to its welfare and its succeeded in attaining the position of one of the mostly conducted and highly efficient First Grade College of the Reformed Calcutta University to which alone was granted the unique privilege of unrestricted affiliation in all branches of Philosophical studies for the M.A. degree. Dr. Seal extended his untiring energy and activity beyond the sphere of his legitimate duties of the reorganisation of the State Higher English Schools (collegiate and subdivisional) which he admirably effected with the limited resources at his disposal.

The climate of Cooch Behar and the nature of his duties resulted in a complete break-down of his health compelling him to retire in February, 1913 on a special pensionary allowance but he has left the educational institutions of the·state in really efficient condition with their popularity and progress assured.”

“fullest recognition is due to Babu B.N. Seal, the Principal who has devoted all the time and attention to the well being as success of the college.”

The turning point of Acharya Brojendra Nath Seal’s carrier was when he attended 12th session of International Congress of Orientalists (Rome) in 1899 (3-15th October).  The international assembly invited to all princely states through Secretary of State India and to Government of India. The invitation letter was –  “Indian above all and the Far East are to us of the deepest interest. We trust therefore, that the Oriental Princess who will read this invitation will extend their sympathy to the Twelveth Congress of Orientalists in Rome and honour it by their assistance as members or show their good-will by sending those of their subjects or friends who wish to join our meeting.”

Maharaja Nripendranarayan was very much confident about knowledge and capability of Dr. B. N. Seal. After receiving this letter he decided to send Dr. Seal as representative of Coochbehar state.

2. System of Indian Philosophy compared with ancient, mediaeval and modern European system – a contribution towards history of universal culture.

“A comprehensive study of Christianity and Vaisnavism.”

From 26-29th July, 1911 he was invited by London University to give speech on topic “The first universal race congress”. Dr. Seal inaugurated that programme also. He presented discourse on “Race Origin” his very own research paper. In this seminar he covered each and every angle from sociology, anthropology, zoology, economics, history and science. He turned into a well known name in western country after this worldwide program.

Dr. Seal published book “A memoir on the Co-efficient of numbers” before he appointed to coochbehar Victoria college. He was fluent in total 10 foreign and Indian languages.

Acharya Brajendra Nath Seal was appointed as “Pancham George” professor of Calcutta University. This post was created in the subject of Ethical Science and Psychology as a memory of King George V and queen Merry’s India visit (1911-12). He was appointed at this post from 1913 to 1920. In 1921 Dr. Seal selected as Vice Chancellor of Mysore University. In 1926 British government offered Acharya B.N Seal “Night” title. From Mysore state he honoured with “Rajtantra Pradhan” title. In 1930 he retired as Vice Chancellor from Mysore University.

2. Comparative studies in Vaishnavism and Christianity with an examination of the Mahabharata legend about Narada ‘s pilgrimage to Svetadvipa and an introduction on the historico-comparative method (1899).

7. Preliminary remarks on the mechanical, physical and chemical theories of the ancient Hindues (1909).

Acharya Brajendra Nath Seal was Brahmo by religion and he was appointed as Acharya of Coochbehar Brahmo Samaj for long time. Dr. Seal lost his eye sight in later stage of life and as a paralysis patient he continued his works lying on bed. 3rd December, 1938 Acharya Brojendranath Seal died in his Lansdowne residence, Calcutta. 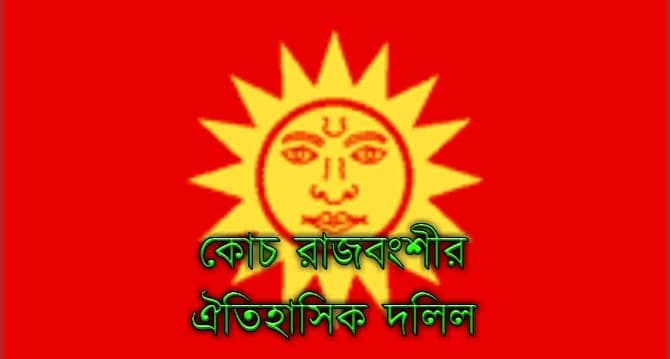 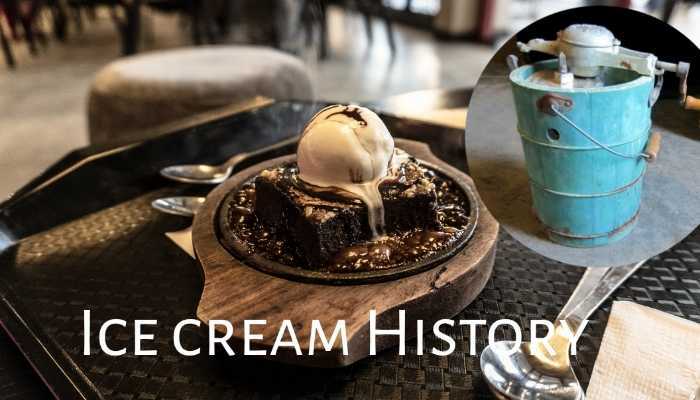 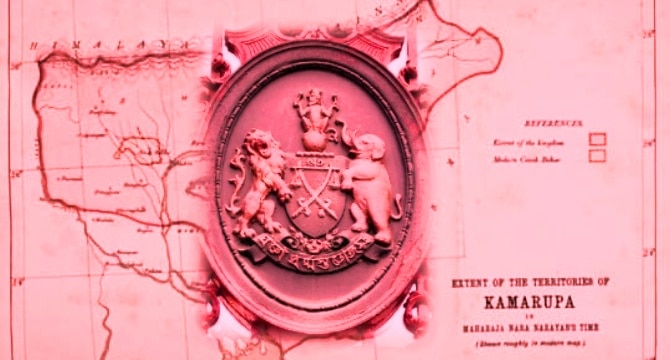