Dabri word is more or less known to all from habitats of Kamtabhumi or official North Bengal. In Delhi there is a place called Dabri near Janakpuri. So place Dabri of Delhi and Dabri bari of North Bengal is different. If we talk about Dabri of Kamta then automatically Giri, Halua [means land lord and farmer] words come. In this article i shall try to explore about Dabri history, most of part or information taken from author Shri Parbananda Das (Retired Head Master of Natabari High School). Its all about aboriginal culture or aboriginal culture of Kamtapuri people.

“Dabri” is a Kamtapuri word. This word mainly related with land holding system (Jotdari system) of Kamtapur i.e. present day North Bengal. Dabri refers to a large area which is used for cultivation. Kochrajbanshi Jotdar class used to keep land of 80-100 bighas or more in the same place. They used to cultivate the land themselves. The used to share land with different farmers for cultivation. 13 bigha land is called a ‘Hal’.

The land was given to farmers as per the number of family members of the farmers. They were given ‘Hal’-land or land for cultivation according to demand. They were called ‘Halua’ (Farmer). According to this formula, the owner of the land was called ‘Giri’.  (Land Lord). In this system there were many ‘Halua’ in a Dabri. They used to cultivate with joy – on the condition of half share. Dabri was named after the owner of the vast land. Dabri can be seen in Cooch Behar-Jalpaiguri district. There are other districts too – but under different names.

This type of dabri is also seen in other states. Near the Panga-kingdom of the past (Jalpaiguri) – ‘Singh’s Dabri’ and ‘Bhog Dabri’ are famous. At Natabari area of ​​Koch Bihar, there are dabri called ‘Chander Dabri’, ‘Bhog Dabri’ and ‘Gao Chulkar Par’. The earlier generation of Nitya Roy and Ghoksa Roy has been named ‘Chander Dabri’. As per owner ‘Chand’, Dabri is named. There is a dabri called ‘Bhog dabri’ in the villages of Dhopguri and Bhuchungmari. This Bhog Dabri was under the patronage of Shanta Bairagi who was uncle (elder brother of father) Jotdar Santosh Adhikari. Here ‘Bhog Dhan’ i.e. fragrant paddy would have been more. Hence the name ‘Bhog Dabri’.

There was a pond called Gaochulka in Dwarikamari village. When bathing in that pond, a type of insect called Panikamara enters the hair follicle and causes itching in the body. That is why the pond was called ‘Gao Chulka’. There is a dabri on its bank which is called ‘Gao Chulkar Par’. Jalpaiguri Southpara – ‘Naichar Dabri’ is a famous Dabri in Majidkhana area. The periphery of this Dabri was huge. This dabri is named after a person called Naicha. In the eastern part of Alipurduar, in the name of a person named Bhola, ‘Bholar Dabri’ is also big in size.

North-east of Alipurduar, there is a ‘Bhelur Dabri’ named after Bheluram Das. It extends to Salsalabari. The ‘Majher Dabri’ is also famous in the north-western part of Alipore. Badaner Dabri and Bhabar Dabri are also famous in Dhalpal (Coochbehar) and Bhatibari (Jalpaiguri) areas.

Some of the dabris also had trees, shrubs and it served as a resting place for farmers and cattle. Trees like mango, jackfruit, banyan, can be seen in Dabri . There were also some ponds. These ponds used to quench the thirst of cows buffalos. Irrigation was also done with bamboo or wooden baskets. There were also fish in the pond.

Kachuar Dabri in Nayarhat of Mathabhanga, Bhog Dabri in Shitalkhuchi was very much fertile. Extensive cultivation was going on in these dabris. People of Hindu-Muslim tribes used to be involved in this work. There was competition among the Haluas/Farmers. The jotdar used to arrange rewards for excellence in the work of haluyas, crop growth, attention to cow health, etc. Debt waiver or other opportunities were offered.

Cultivation was accompanied by the practice of culture. The atmosphere was enchanted by the melody of Bhawaya song of Halua. After harvesting, cows were herded, outdoor game like pentikhela, gollachut and lathikhela were played. Bamboo worship songs (Bansh puja gaan), palagan were also arranged. Some of the large dabris had low lands (Dola Jami) – water was always there. Paddy breed that can grow in water were cropped at that land. These lands would have fallen at another time.

In the month of Chaitra (March-April), ‘Baho’(Tradition of fishing with group of people) was carried in that swampy land. At that time there was no special practice of education. So the sons and daughters of Jotdar-Halua used to help in farming equally. “Tok” used to employed for feeding hookah in the field.

Some of farmers (Haluas) used to live in the land adjacent to the house of Giri (Land Lord). They used to do the work of Giri’s family as they saw their own family. But not all cases are the same. The landlords were sometimes oppressors. He used to beat the haluyas – and deprived from giving land tenacy. This type of Giri or land lord harassed the tenants in various ways.

In post-independence India, these landlords fell into a hostile situation in North Bengal. As a result of partition, the population increased. Competition began with the then refugees from East Pakistan or Bangladesh. Conflict also arose. Meanwhile, the zamindari system gradually disappeared. As a result, the landlords or jotdars of this region fell into economic misery. There was no source of income other than cultivation, big business, industry also not available.

The Koch Rajbangshi and allied communities here could not withstand the pressure of the population. As a result, education, civilization, politics, economy could not improve. Land became vested – Due to Government policy regarding land ceiling life of people changed. Bargadar land began to be cultivated. The landowner began to receive 25 percent of crops. Workers – Owners – Giri – Halua, new Relationships Established – Labor Laws Introduced. Naturally, Dabri ceased to exist. With the change of government factories, schools and colleges have been established. The modern system has been introduced.

However, the story about Dabri – the sub-story – the combination of real and ghost events still charms people. As per writer Sh. Parbananda Das’s narration, Halwa’s son and daughter come to feed their father and fall in love – The story of conflict-reunion-separation is as happy as it is sad. The Rajbangshi girl did not fall in love with the son of a Muslim haluya. Social Obstacles – At the end of the human conspiracy, the girl has to leave with an old groom.

A boy’s forehead breaks while playing panties – but saves his eyes for a while. Boyfriends and girlfriends from different villages take shelter in the house of a land owner [jotdar]. They called the jotdar as father, means they accept the jotdar as a father. They work and eat in that house. But the landlord or jotdar was greedy for women. The landlord chases the boy away and forcibly marries the girlfriend of that boy. No one had the power to stop this immoral act like greed, arrogance, money, social power.

Plants, ponds, wetlands, etc. of Dabri, have met the real needs, as well as have given birth of various stories and ghostly elements. The locals believe that there are various deities in the tree – there is Mashan Thakur or Mashan Deo in the water. These deities or Deo have caused many misfortunes in the lives of the local people. Chander Dabri is located in Natabari village. Once four persons crossed the river Kaljani and went to see the girl in Nilkuthi village for marriage purpose. In the afternoon they were returning to Natabari. They were coming to the edge of the pond of Chander Dabri. But they could not enter the house even when they came near the house. Went back again. Sometimes to the north, sometimes to the south, they were just wandering around. Meanwhile evening came. People at home are worried – old people! The return was in the afternoon, but it was evening – not yet.

There was another program in the evening. The two men were forced to leave from home for searching them. Looking along the road, eventually they saw two of the four people falling into the water of the pond. Immediately they ran and got into the pond and stopped. They made sit four people on the bank of pond and interrogated them. They said – “We are going to home” but that was not a sign of returning home. They were lucky that one of seekers was a doctor / Roja / Baidya. The doctor (doctor of para normal activity) saw them using khati (stick) and said – It was Mashan’s trick – he would take it in water and drown it.” – At the request of both of them, doctor /vaidya swore or promised in the name of Mashan at the end. Their obsession was somewhat cut off. Atlast they were brought home holding their hands.

Once the son of a jotdar went to the tea garden on horseback. He went to the garden in search of tea in order to plant a tea garden in his own place. He had to stay in the garden for a while. That was the consequence of love – an attempt to attack with an arrow, a bow and a stick was made to him by the people of workers of tea garden. Both sides were aggressive. The police and the court handled the case. As the girl was the daughter of the garden manager, so there were issues like attack – protection of honor etc. At the end the boy and girl were asked, consent was obtained from both parties. The manager was impressed by Jotdar’s two-storey house, huge real estate and hospitality. They were married each other.

One day a Halua of a Jotdar/land lord (Halua cultivate land of Jotdar) got into trouble over his daughter’s marriage. The groom did not come. Meanwhile, the girl is sitting in the wedding dress. Eventually the halua complained to the Jotdar and asked for help. Upon hearing the news, the Jotdar sent a man – the groom and his father was forced to come at the call of the landlord. The Jotdar/landlord listened to the grievances of both the parties and made all the arrangements. He provided financial assistance and other arrangements to Halua. He called everyone and completed the work of marriage smoothly.

One day two Haluas got involved in a dispute over land boundaries. Fighting from the debate – one person injured with head damage. As a result, the police intervened. Police arrested both sides. The matter comes to the notice of the Jotdar. He saw the land designs of both the parties and fixed the boundaries of their lands. He threatened them and asked them to withdraw the case.

These Dabris are witnesses of various such incidents. In today’s climate of modern times, land has been fragmented in the face of socio-political changes. The land ceiling has been reduced. With the help of modern technology, farmers today produce more crops. Dabri’s tradition is glorious in its own characteristic. Its importance in the history and culture of Kamta is immense. 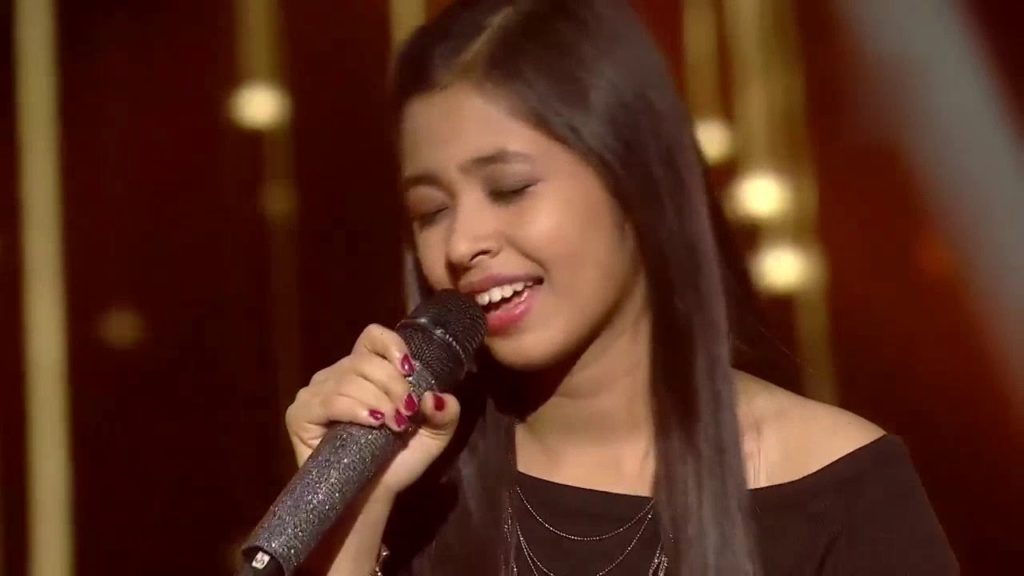 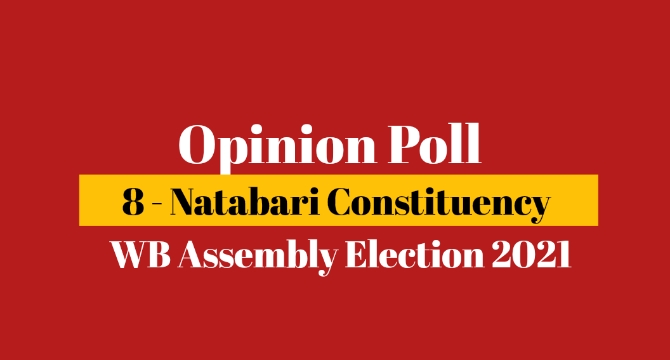 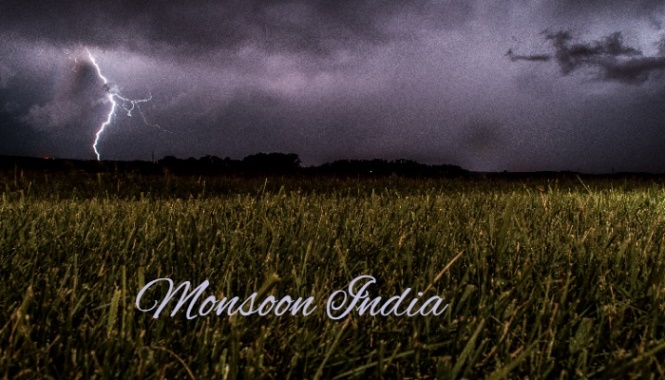